ICONIC: Palmaz Winery – The Art and Science of Passion

Palmaz Winery: The Art and Science of Passion

Napa Valley is known for idealic conditions. After all, even with climate change, it will forever be associated with its rolling terrain, mild year-‘round temperatures, and a home-grown wine and artisanal food scene with an international reputation. Some extremely fortunate couples and families have taken things even further, finding a way to live that dream for the long-term by setting down roots there for their retirement years, or perhaps, their second careers. 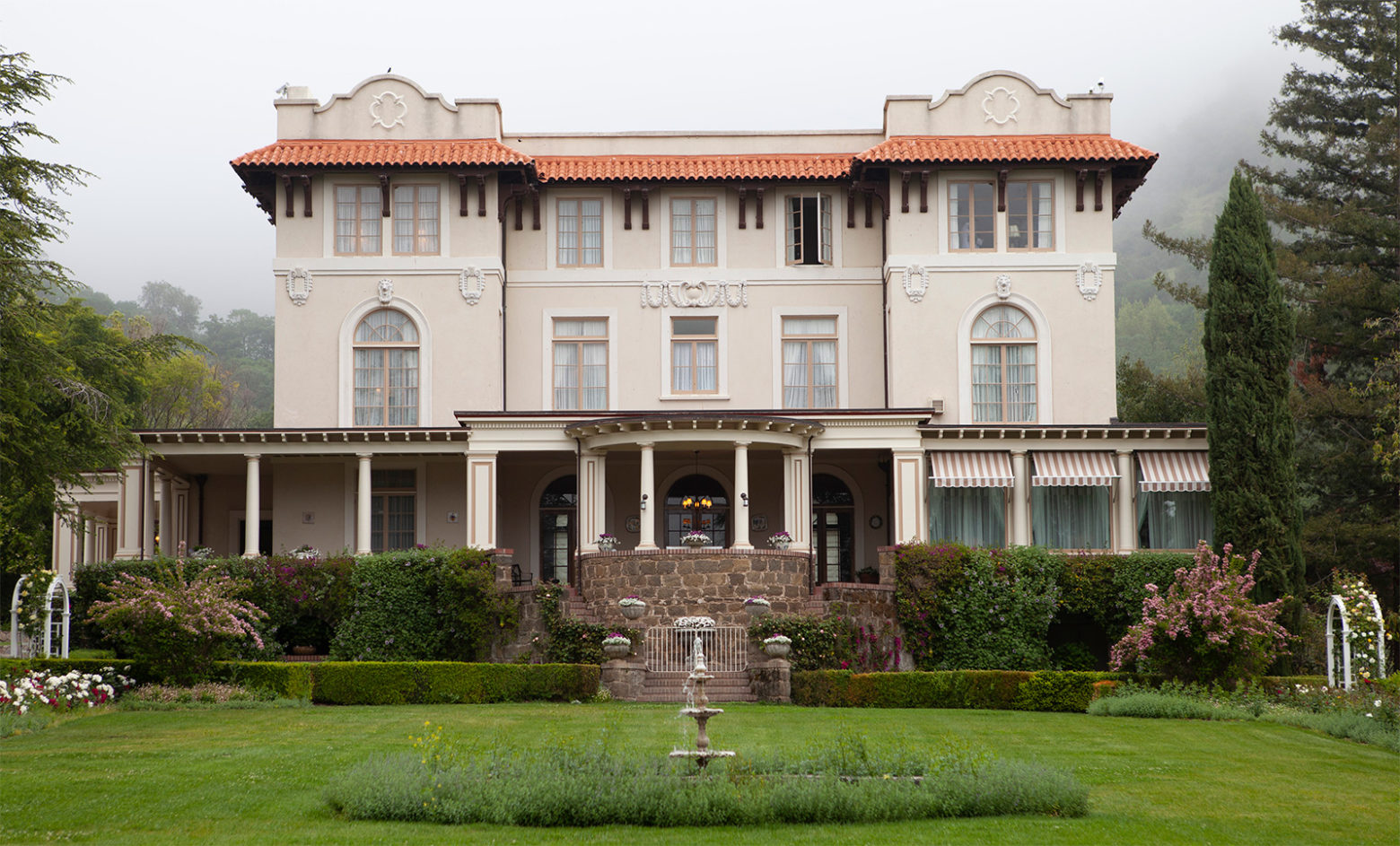 After years of regular visits to Napa, Julio and Amalia Palmaz did just that, purchasing an old estate in Coombsville (in Napa’s southern reaches) and setting down roots—in the form of vineyards—to create Palmaz Vineyards.

The couple’s investment in the 1990s couldn’t have been more auspicious. Decades before Prohibition forced the closure of the property’s original Cedar Knoll Vineyards, owner Henry Hagen made American wine history in a most ironic way, winning a silver medal for his Napa-made brandy in 1889. This happened a century before the “Judgment of Paris” uncorked the potential for American winemaking while debunking the notion the French cornered the market for the world’s best wines. 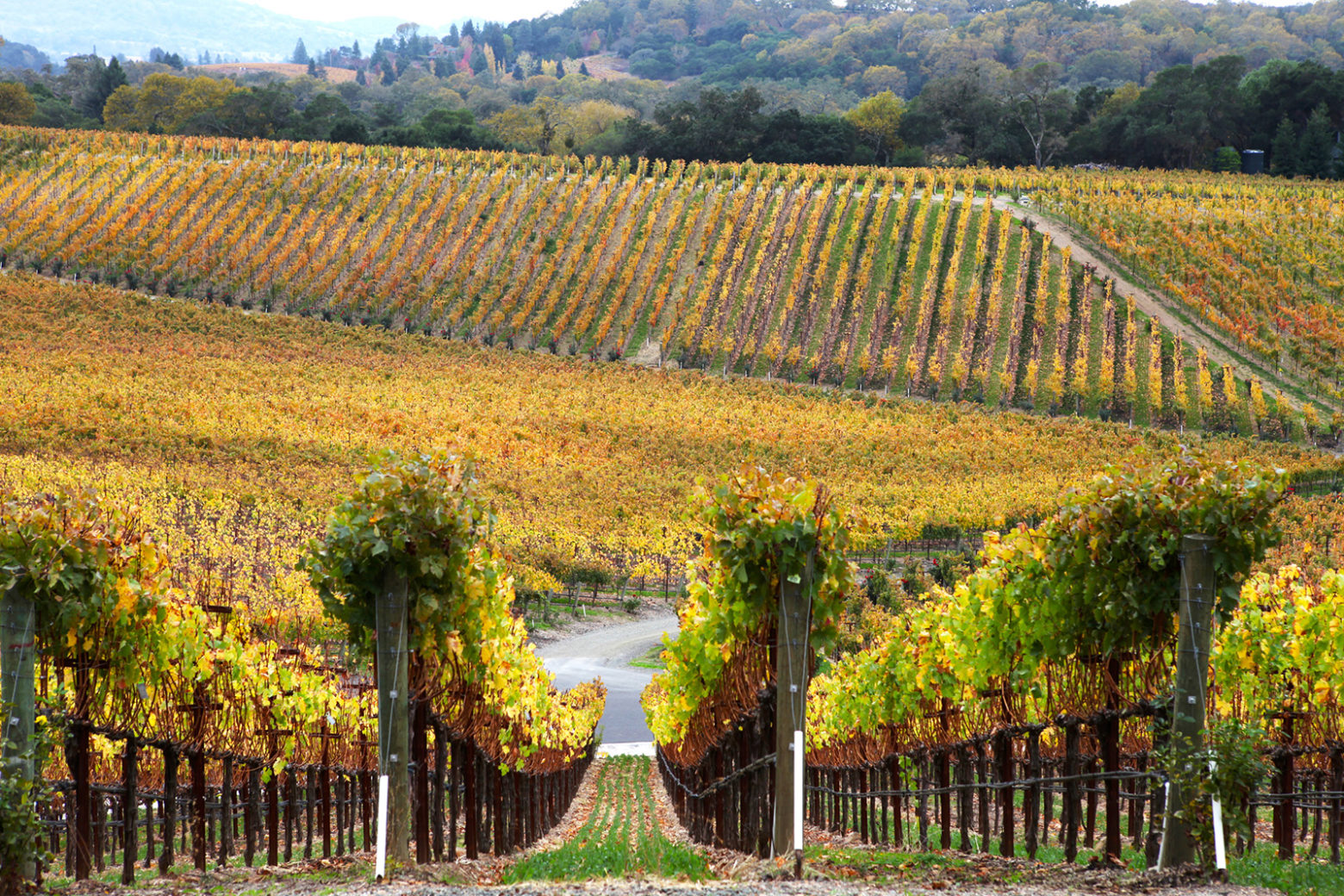 While the estate’s 600 picturesque acres gracefully drape over Mt. George, only 60 are suited for the cultivation of grapes (particularly Cabernet Sauvignon). However, Julio and Amalia embraced the challenge of building a new winery from the ground up—and then some—with many of the winemaking facilities getting built in to the mountain.

There was also an understanding among all members of the Palmaz family—which includes daughter Florencia, son Christian, daughter-in-law Jessica and, by extension, head winemaker Tina Mitchell, son and assistant winemaker Doug Mitchell, and consulting winemaker Mia Klein—that even if the scale of production was small and carefully planned (given the area‘s geological idiosyncrasies), the effort to create premium wines would be all encompassing, collaborative, and greater than the sum of its proverbial parts.

“It really is a family affair,” explains Christian. ”We work lockstep with each other on every detail. While not all of us have the skill to do blending, we all contribute to the process. I focus on the physical and scientific side of winemaking, while my wife has the whole marketing thing down. Florencia and my mother are the gifted ones in the family with the blending of the wines, sitting with Mia and Tina on most blending sessions assisting in the direction of the final products.” 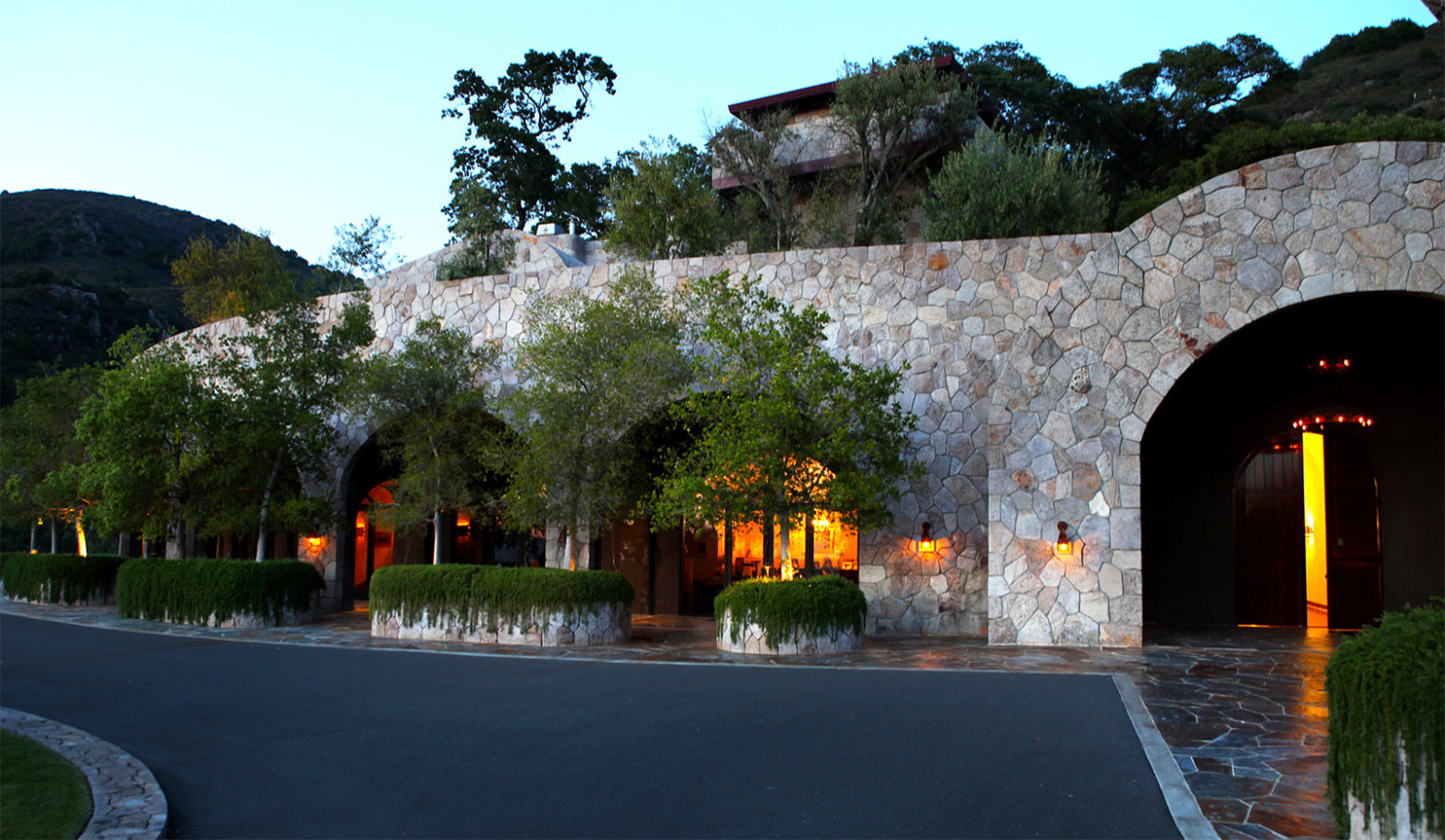 Jessica notes that although her in-laws did not initially go into the wine business with the intention of drilling a cave into the mountainside of the property, the mountain behind the main building of the winery turned out to be a fortunate feature that provides the winery the advantage of gravity flow. While the cultivation end of the process is done by mostly hand, forces within the earth add an extra dimension of thoroughness to the overall production, from harvest to bottling.

“The 60 acres are parceled into 24 growing areas designated and assigned to different varietals and separate,” Jessica details as we tour the facilities 18 stories below the Earth. “Each parcel is harvested individually, and those batches are sorted, de-stemmed and processed individually and by hand. After that, the grapes fall into a hole in the floor, and are sent to the fermenting barrels to ferment. The fruits are on a carousel track that rotates as each fermenting tank is filled.”

Once Jessica casually points out various points of interest within the winery, we enter a room that looks a lot like a hybrid of a planetarium and a set from one of the Star Trek movies. This is my formal introduction of FILCS (“Felix”), the mothership of the whole operation, developed by Christian, a former computer engineer (check), which differentiates it from anything else one will see in Napa.

“Fermentation is a critical time for a wines development, and all characteristics developed during fermentation are the result of the creative direction of the winemaker,” says Christian, who also devised VIGOR, a system assisting workers in the vineyards alerting them to when grapes should be picked by hand.

“The success and quality of the fermentation relies on maintaining the health and control of the living organisms involved in the process. This usually splits the focus of the winemaker between artistic direction and fermentation management. FILCS allows the winemakers to significantly elevate their artistic focus by allowing the system to focus on the mundane details of fermentation.” 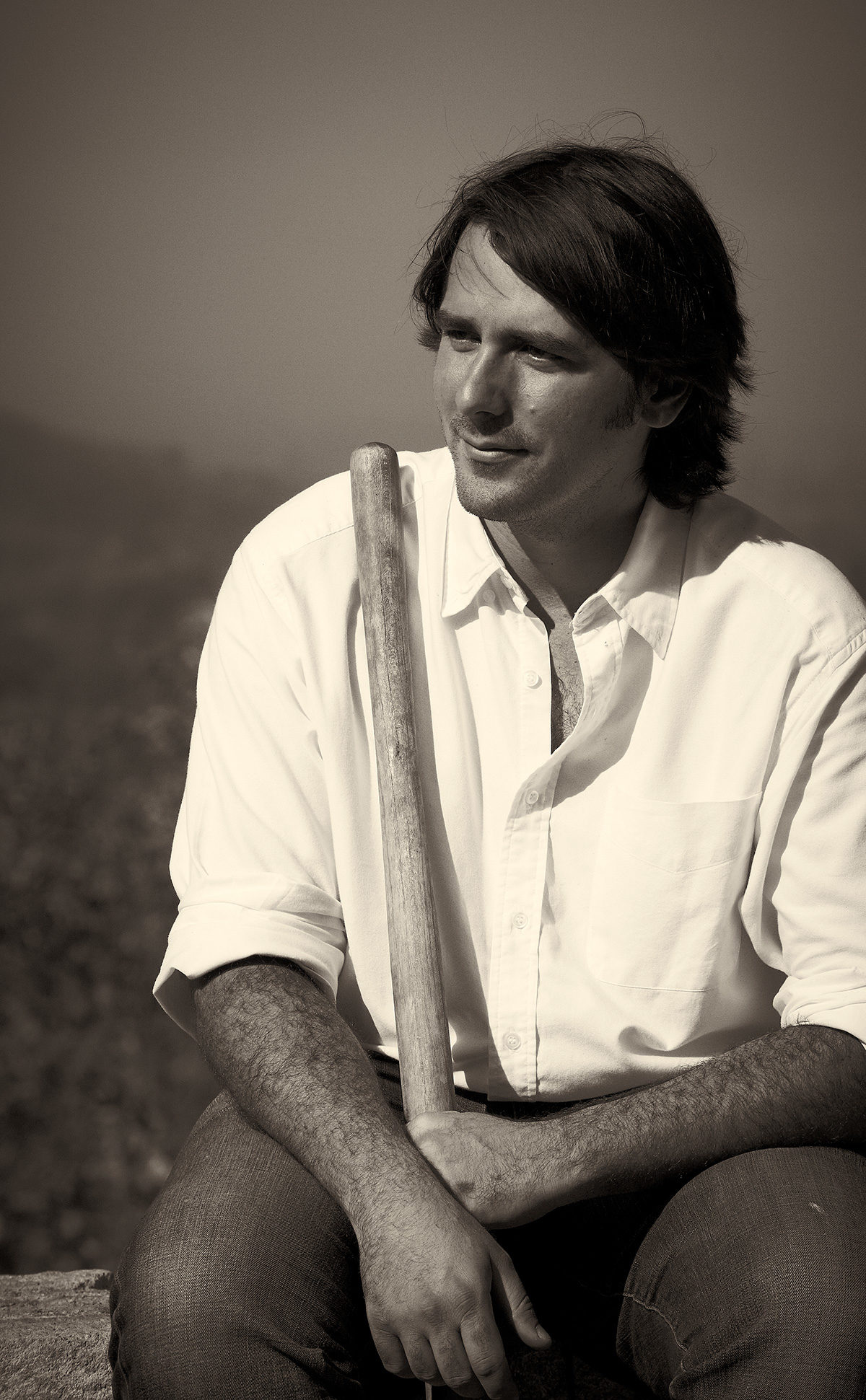 Christian details how the fermentation tanks are uniquely engineered and paired with each parcel in the vineyard, adding it’s an approach that has not surprisingly inspired other wineries to inquire about implementing the breakthrough research in viticulture and enology into their operations.

“Every vineyard is a unique size as are the tanks,” he says. “The tanks are fitted on a carousel so that they can line up directly under the sorting table minimizing any additional handling on the fruit. The facility’s 18-story design allows us to move wine gently during fermentation by gravity minimizing agitation and preserving the delicate molecular structure developed in the wine. Its height also allows us to filter and bottle the wine without compromise of pumps, giving us a unique ‘gravity finished’ capability.”

While function is the most dominant consideration of the winery’s design, the visual aesthetics are striking.

According to Amalia, however, everything about the design the visitors and winemakers now see did not fall into place until after the third year of the project. This is in part because the most essential features, such as the gravity flow functionality, fermentation dome, and the net zero consumption water treatment plant, played a much larger role in terms of where they would fit geologically in the mountain.

“The facility was literally designed from the inside out by my husband and I, assisted by a team of brilliant engineers, namely Gram Wozencroft, who directed the geo-engineering,” says Amalia. “As for the interior designer, there wasn’t one. The winery’s furniture and art is admittedly a smattering of family heirlooms and homes from previous chapters in our life. I personally love both antiques and modern furniture so I chose to use both styles in different areas of the winery. It really feels like home walking throughout the winery as I will remember a piece that was my mother’s in Argentina or a painting my sister, who is an artist, made for me. It’s all very close to home and makes for fun stories.”

That said, the flow between the old and the new sections of the winery is seamless, as Amalia carefully planned how she would arrange historic pieces and personal keepsakes to avoid a stark difference between the original Hagen Estate and Palmaz. There is also environmental repurposing on a grand scale for the exteriors, inspired by the hand formed stonework used in the old buildings. Thanks to an abundance of stone from the material blasted from the caves construction, there is continuity from the old buildings architecturally to the newer structures.

When considering the winery’s inner workings and maintaining important time-honored winemaking traditions, Christian notes many of the technological innovations directly involving the Mitchells and Klein were developed using a committee approach over the course of several meetings.

“The idea was to build tools that felt natural to their creative process,” he says. “Wine making is traditional in nature and it’s easy to break the creative rhythm with distractions. Screens and data needed to be used intelligently to focus the talent where it was meant to be…on the wine.”

Tours of Palmaz are by appointment only, enabling visitors to enjoy a customized tour of the entire winemaking process followed by a seated tasting with Palmaz’s flagship wines paired with small hors d’oeuvres with seasonal recipes from cookbooks available for sale at the vineyard. While a two-hour experience runs $100 per adult. Several beautifully decorated tasting rooms can accommodate parties of up to 10 or 12 for events like milestone anniversaries and birthday gatherings.