“Botrytis!” I yelled barging into Tina’s office.  A week ago, one of the oceanic models was showing the first signs of a precipitation event playing out this coming Saturday – Sunday.  When precipitation falls on white grapes, if not dried soon, it’s possible that a white fungus, known affectionately in the wine world as “noble rot” can shrivel and decay wine grapes, especially the thinner skins of our white varietals which had yet to be finished picking.

Tina was already ahead of me quickly pointing to one of her many displays hanging in the enology lab.  “You see that wind event, happening right after?  We’ll be fine” she said.

I don’t usually barge into the enology lab yelling viticultural terms but I was particularly excited.  The shear fact that we were starting harvest 10 days later than last year (2020) and were looking at a small rain event early in the season brought me back to vintage conditions we haven’t seen in over a decade.  In 2009, a similar rain event caught us early in September at the beginning of harvest only to be followed some weeks later by a nearly 4 in rain event in one day that was vintage defining.  Early harvest rains aren’t abnormal per se, but given this drought pattern we’ve been seeing for the past 8-10 years along with wild fires, I don’t believe there will be too many vintners complaining about a little rain event.  And, as Tina, my always confident winemaker said, “The wind will dry off the fruit well before any mold can set in.  And, if it doesn’t, we’ll dry them off by hand like we’ve done before.”  Ha! Typical PV team — prepared! 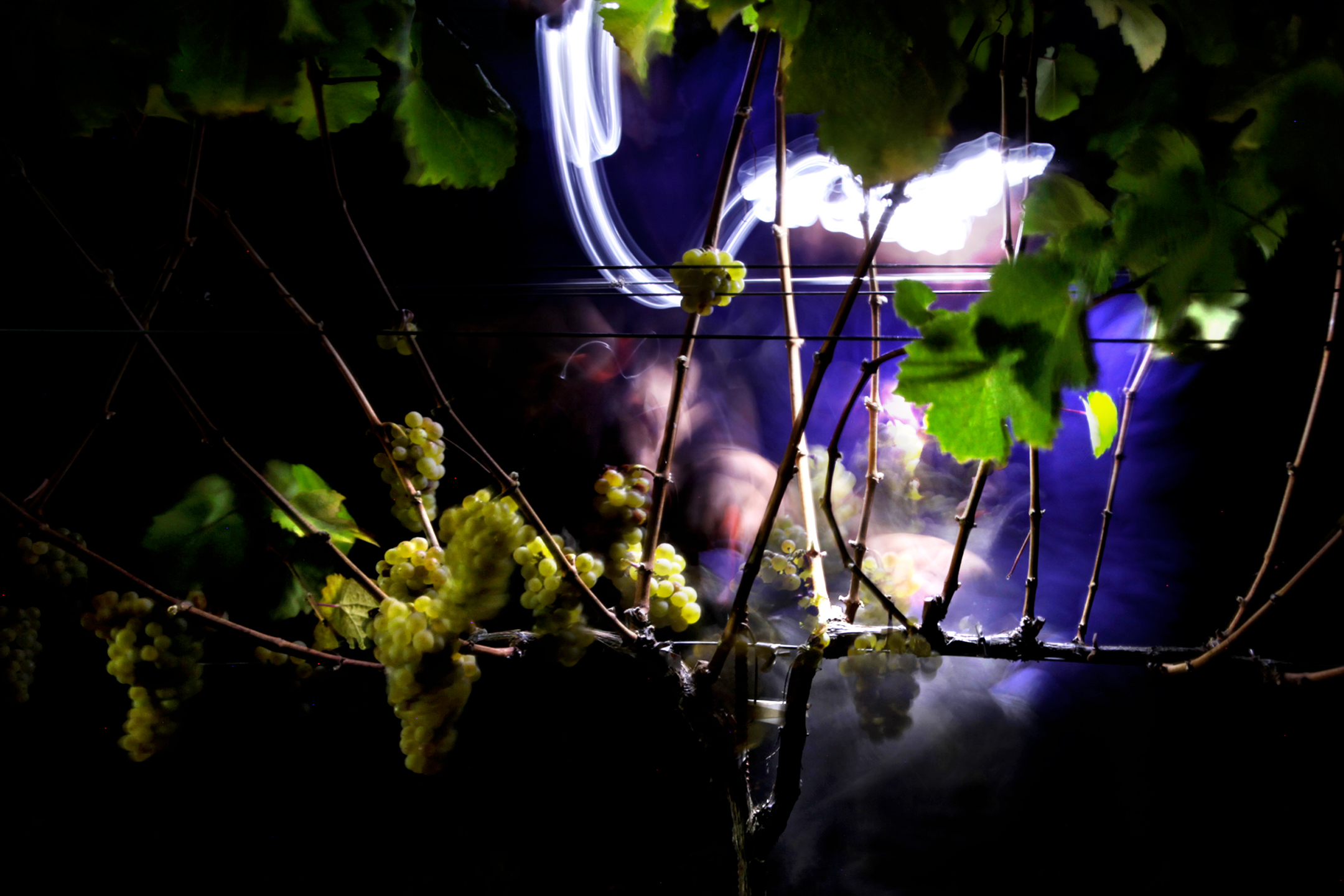 Overall the season has been lovely.  A dry spring and slightly cooler temperatures allowed the grapes to slow the pace. Extra sunlight into the canopy and heavier leafing became a late strategy this year contrasting our usual conservative approach which has succeeded during this recent era of longer intense summers.  For the past decade, most Napa growing seasons were as long as you needed with absolutely no rain until November.  Could this year bring early rain patterns?  Time will tell, although the long term forecasts say unlikely but are never without exceptions.

So far the few September showers we’ve had have all been welcomed, dropping only traces for minutes at a time.  September 18th, the night of our big Asado event, showers came just as forecasted, late at night with drying winds shortly after.  Early that next morning we harvest the whites without concern.

Although whites have been tracking behind last year with lower cluster weights, 3rd quarter heat has helped keep the reds very nearly on pace with last year.  Block D, a benchmark large parcel in the 300′ elevation, was just two days shy of last year.

Last year, harvest wrapped up Oct 6th.  If we are tracking closely with that schedule, I’m encouraged by the long term forecast showing warm conditions and a pattern change occurring on or around Oct 6th.  We’ll be watching this closely but it could be a photo finish!

Harvest wrapped up a week later than last year and we can confidently say it’s lovely.  The weather change as discussed above did occur and temps did drop into the 60’s for a few days slowing ripening progress but no measurable rainfall occurred.  As a result the 2021 harvest ended as great as anyone could hope for, with plenty of time for characteristic development and without any hard closures by nature.

As a result, reds likely had the greatest impact from a cooler season, harvesting between 7-10 days later than the previous year.  Whites on the the other hand were closer to only 3-5 days behind last year.  Both had beautiful characteristics of not just ripeness but also lovely aromatic qualities and other complexities usually only reserved for years that have slower growing seasons and the time/conditions to enjoy that advantage.  For those properties that have solid irrigation sources, this will likely be a celebrated vintage in Napa Valley for decades to come.